Winnie is an ordinary horse mad 10 year old and rides Stoneleigh Koromoko, aka Micky, but with a few more challenges than most 10 year olds. This doesn’t mean that Winnie wont do what most 10 year olds do, but it takes her somewhat longer.

Winnie has Cerebral Palsey and was diagnosed at 12 months old but Kylie, Winnies Mum, knew that things were not quite the way they should be before then.

What is Cerebral Palsy or CP?
It is impaired muscle co-ordination and/or other disabilities caused by damage to the brain before or at birth that controls:
• Movement
• Balance
• Posture
• Motor skills
Portrayed as a Spastic Paralysis
More Specifically for Winnie, her legs are affected and she has developmental delay which affects her processing time.
Winnie still strives and works hard toward independence. She sets herself little goals and achieves them and does jobs around the house to earn pocket money just as her siblings do. She is a whizz at folding washing.

From 9 months Winnie rode in front of the saddle with Kylie and the pure joy that was on her face when she was near or rode a horse was very evident, she seemed complete. Winnie attends Roydvale Pony Club and is working toward her D Certificate. She has tried jumping, much to Kylie’s dismay, but wanted to take up Dressage. 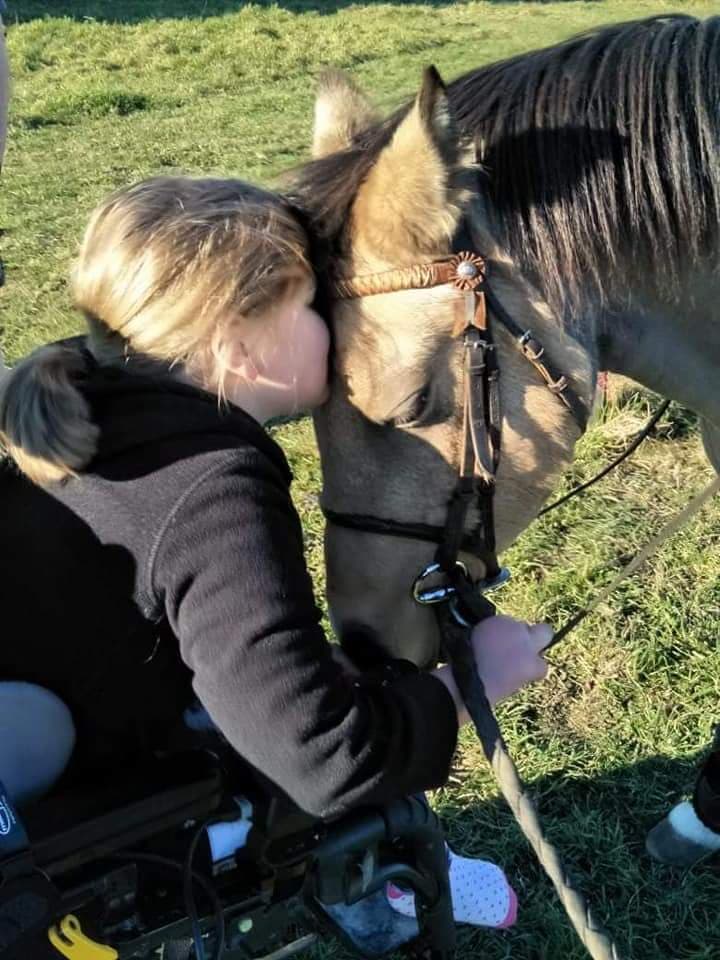 Winnie’s daily riding Schedule is planned months in advance to make sure they have a team of people around to help her practice She also has coaching sessions just like all riders. On rainy days she spends time on the “peanut ball” or on her inside wooden frame with her saddle practicing her balance. This is far more organised and driven than most of us!

The Electric Wheelchair gives Winnie the freedom and independence to go and see her pony and enables her to catch him, take his cover off and groom him.

When Winnie is on her pony the barriers fall away, she is just like any other little girl who LOVES their pony. She is complete.

Canterbury Dressage is proud to be part of Winnies Journey.

View a feature on Winnie on the link below:

Classes for:
Junior Intro to Elementary
Prelim to Advanced Medium and TOC Advanced to Big Tour
Overall Champion and Reserve.

Look forward to seeing you all there. :-) ... See MoreSee Less

McLeans Island is completely closed, until the end of May 2021.

Full excavation work is in progress with the water upgrade. There are drenches everywhere, and it is far too dangerous to be riding there at this point in time.

There is a sign on the gate saying they are closed. Please adhere to this.

The bigger picture for this closer, is so exciting, to have all area's watered with basically a turn of a tap, is an absolute game changer for the Island :-)